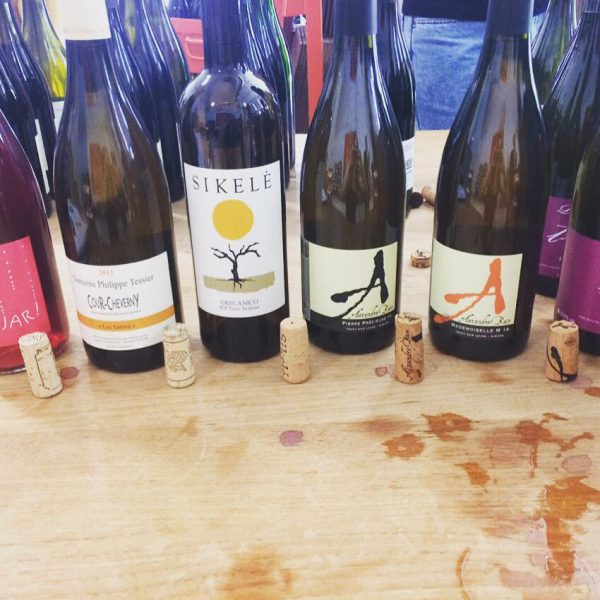 In May, we took a further step forward with Zev Rovine Selections, a move that all of us are incredibly excited about. Previously, we had brought in just Frank Cornelissen’s wines, but with May came a major dig into this exciting portfolio. Zev is a leading Brooklyn-based importer of “natural wines.” He is likely most well-known as the national importer for Frank Cornelissen, who has grown deservedly famous for his natural interpretations from Mount Etna in Sicily. Zev’s website (http://zrswines.com) modestly suggests that he hasn’t much of a philosophy. Perhaps that is true…but his principles, then, are very clear: no additives in the vineyards nor the wines, excepting perhaps a small bit of sulfur at time of bottling, an exception that only some of his producers choose to exercise.

Zev was in Minneapolis for the exciting announcement and a tasting at Henry and Son. We sampled some fabulous wines: